Dads Should Protect Their Children 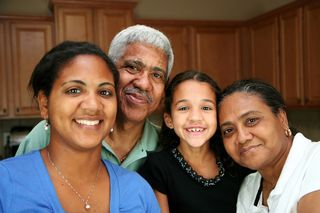 Many men hesitate, when it comes to creating an estate plan.

It is difficult for many people in America to begin the process of creating an estate plan. However, included in the list of those who procrastinate, are fathers who fail to set up a plan, in the event they are no longer there to take care of things, according to Fatherly in “If You Do One Thing For Your Kids, Plan For Your Death.”

The question is why do so many great dads hesitate, when it comes to addressing the tasks of having a will prepared and creating estate and guardianship plans for their children? Many say getting dads into their offices to get the process of creating an estate plan started, is extremely difficult. Having conversations about who should rear their children, if they should die, is nearly impossible.

The same dads who are obsessive about getting their collector cars tuned up every three months and checking smoke alarm batteries monthly, will keep putting off the will-signing appointment for months or years at a time.

It’s a superstitious thought: if I don’t have a will, I don’t die. However, it’s more than that.

Many men feel that if they don’t have a lot of money, why bother with a will? Others say they don’t care what happens, since other people will figure out what to do after they are gone. Some say that their fathers didn’t have a will and things worked out. If you grew up in a family where estate planning and wills were discussed and not considered taboo subjects, you will be more likely to have an estate plan in place.

Sometimes, the men whose fathers were difficult about having a will are more proactive about creating a will, since they don’t want to do what their dad did.

However, if you have the responsibility of fatherhood, you must have a will. A will is used to name a guardian (the person you want to raise your children), if you are dead or incapacitated. It can also name a person who will take care of the money left behind for your children. Children are perhaps the biggest reason for dads to have an estate plan.

Failure to have an estate plan means that a court will make the decision about who will rear your child and opens the possibility of a family battle over who will have that responsibility.

An estate planning attorney can advise you in creating a plan that fits your unique circumstances and may include children.